Book. The word means something different today than it did when I was a kid — to me, at least. I envision the immersive book of the future, delivering narrative in text, hypertext and 3D, perhaps streamed from the publisher’s website. Before I leave the planet, it might be fun to be involved in writing and publishing one of these. 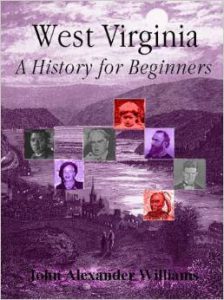 Back in the early 1990s, we published West Virginia: A History for Beginners by John Alexander Williams, later approved as a state history text for middle schools. When it came time for the state to purchase textbooks, we began the process of introducing the book to influential teachers and school officials around the mostly-rural Mountain State.

It was an interesting time, showing educators how we’d uploaded a website to go with the book. This was 1998, when many-many people were hearing about the Internet for the first time. Today, I suspect I was one of the first in the United States to link a middle-school textbook to a website. I know I was the first in West Virginia to do it. 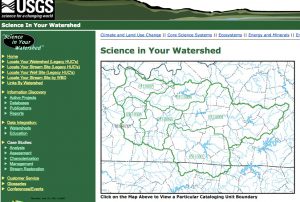 It was pretty exciting back then, taking my second-hand Mac laptop around the state, showing the website to influential county teachers.

Admittedly, I ‘cheated’ some  — showing the web pages stored on my computer’s own hard-drive. Why this? Almost no teachers had access to a computer yet. Nor could many allow me to plug into a phone line. I was, after all, a stranger; a ‘foreigner’ from Charleston. Give me access to a phone line to dial up my own connection in Charleston – just to show teachers the Internet and our use of it?  Sorry, no.

Funny to think: At the same time I was pushing our website to many then un-wired West Virginia counties, Verizon contracted me to develop demo curriculum, using digitized archival video of John F. Kennedy during the 1960 campaign. I was helping Verizon show teachers how – one day – Verizon servers would stream video to teachers and students around West Virginia. 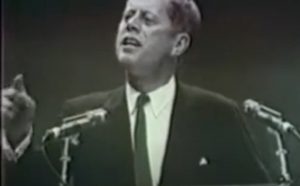 Another irony: In the year my small book-publishing operation was unsuccessful at selling the State of West Virginia even US$10,000 worth of new, high-quality ‘home-grown’ history curricula — authored by the state’s most accomplished historian, the state ordered millions of dollars worth of hardware from Microsoft’s Education division. Decades later, our books — historical intelligence products — are still good, more relevant than ever. Lacking powerful advocates, however, they cannot be printed or purchased today in a way that rewards the author or publisher for their invested capital and labor. (If history is any indicator, however, they will be freely available on Google, after we are gone.) At the same time, the State of West Virginia continues to hand over millions of dollars annually, to powerful, already-wealthy suppliers of computers and other hardware for machines and software that become obsolete after a few years. As they must, having been given no ‘rational’ alternative since 1998.

In the places that did trust me with a phone line to demonstrate our new website on the new World Wide Web, I could show our genuine links to great federal online databases that were only then being made available — like the amazing Tiger from the US Census, and the remarkable information about our regional watersheds from the USGS – all linked to the West Virginia: A History for Beginners website (since taken down).

I question the age-old infrastructure that directs big profits to a few players by ushering flawed or irrelevant products to marketplace success…instead of more interesting, relevant, and intelligent material (in old media or new) that reaches and teaches people important lessons in new ways.

Selling our state history curriculum in 1998, I gave myself a tour of West Virginia, largely seeing it through the eyes of rural middle-school teachers and administrators. I had wonderful experiences: I saw some rural teachers delivering great instruction to promising young people with far fewer resources than urban schools.

For me, the downside was this: Too many teachers I met could not afford to be receptive to our work. Too many didn’t have time or energy to learn about John Williams’ innovative approach to teaching history, nor about surfing the then-new Web – which they couldn’t experience on their own, yet. These teachers (rightly) assumed that I was “just trying to sell something” to them and their school systems. I came to these counties as an alien, promoting an inaccessible website which, at the time, I understood as a great, new tool for teaching. Too many rural teachers definitely saw my presentation of West Virginia: A History for Beginners as something ‘foreign’ or too far in the future, if it would ever come to them at all.

Eventually, I caught on. Ultimately, I felt as if I were talking to my audience from some distant crater of Mars. It almost broke me, not getting through to them. Without hope of being truly successful in a marketplace where my competitor was handing out cold, hard cash to insure that his product was widely adopted — and it was.

Today, I question the age-old infrastructure that directs big profits to a few players by ushering flawed or irrelevant products to marketplace success. In a big way – all over the United States – the weary structure and process of developing and selling intellectual capital, notably textbooks, seems to share systemic defects, prompting ever-bigger “irrelevancies” instead of better, more interesting, and intelligent material (in old media or new) that reaches and teaches people in the ways they are designed to do — by people you can trust.

Some years ago, here in Berlin, I had the chance to ask a question of American performance artist Laurie Anderson. This was in March 2017, just after Donald Trump took office as the American president. Ms. Anderson had been telling … END_OF_DOCUMENT_TOKEN_TO_BE_REPLACED

NOVEMBER 24, 2020 — Market conditions in the United States make it impossible for a small ‘niche’ publisher to produce books at a cost and profit that make it worth trying. Once shipping thousands of books per year — titles … END_OF_DOCUMENT_TOKEN_TO_BE_REPLACED

Reading about events in the United States today, I’m reminded of 1998, when I was working very hard to sell John Alexander Williams’ “West Virginia: A History for Beginners” to schools in the state of West Virginia. As the book’s publisher … END_OF_DOCUMENT_TOKEN_TO_BE_REPLACED

END_OF_DOCUMENT_TOKEN_TO_BE_REPLACED

The Revolution Will Not Be Shared I In this age of Trumpish tyrants, too many of us live and work in places where someone else — boss or client — is neither partner nor comrade, but our “king.” Where we’re … END_OF_DOCUMENT_TOKEN_TO_BE_REPLACED

I just received a message from a longtime Berlin pal, nonfiction filmmaker Rick Minnich, who always seems to be working on something cool and interesting. Rick has lost a friend of his own in March 2020, a 100-year-old fellow in … END_OF_DOCUMENT_TOKEN_TO_BE_REPLACED

I’m currently reading Christopher Clark’s book with the whopping title: Time and Power: Visions of History in German Politics from the Thirty Years’ War to the Third Reich. In it, Clark discusses how the Nazis “changed history” first by changing … END_OF_DOCUMENT_TOKEN_TO_BE_REPLACED

What people might want to remember today is that the US Justice Department has convicted the sitting president’s closest associates — including his attorney and his former election campaign manager — as criminals. They are sitting in prison for financial … END_OF_DOCUMENT_TOKEN_TO_BE_REPLACED

Saturday, Oct. 26, 2019 — I was talking to a dear, old friend of mine some time ago. She was thinking-out-loud about her current work — for a US food processing giant — and comparing it to the work she … END_OF_DOCUMENT_TOKEN_TO_BE_REPLACED