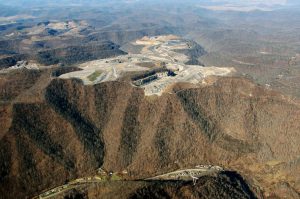 Already, the New York publications are talking about West Virginians’ “disillusion” with Hillary.

But that isn’t it.

“All politics is local,” as someone said, and I believe it’s West Virginia Democrats’ disillusion with their own elected Democratic leaders, including their “super delegates” who almost uniformly announced for Clinton — even though many of them, at one time or another, have campaigned against her and the Obama administration.

Especially on labor and the environment, West Virginia Democratic leaders have tilted so far to the right, trying to play to the audience, and re-create themselves as right-wing Republicans — practically giving up all ground in the last election, handing the Legislature to the GOP for the first time in decades.

Yes, Bernie is a protest vote — but not against Hillary. West Virginia’s Democrats know that their leaders are beholden to the energy companies — always have been. But, now, even “King Coal” is abandoning them, departing the state and leaving as much prosperity behind as Hurricane Katrina left in New Orleans.

So, West Virginia Democrats have little to lose by keeping some of Bernie’s flame alive today (May 10, 2016), against their own conservative Democrat “super delegates” who cannot fill the vacuum left by the departing, bankrupt energy companies.

The one ray of light in this West Virginia election was the tepid challenge to the old guard by Booth Goodwin and Jeff Kessler, who — while seemingly unable to pronounce “green jobs” or “post-coal sustainability” — offered some resistance to the Jurassic pro-coal candidate with the unlikely name of “Justice.” Unfortunately, the two of them split the vote, giving the Democrat in Name Only (DINO) a win.

I hope the Democrats have a great nominating convention in July — and am confident the “Bernie” Social-Dems have a seat at the table, instead of being left outside, like in Chicago of 1968.

Further, I hope that, somehow, Democratic leaders can read the riot act to those who failed to stand up for their president and the older values of their party when the time was right. In West Virginia, they’ve just been put on notice that the electorate is watching.

Some years ago, here in Berlin, I had the chance to ask a question of American performance artist Laurie Anderson. This was in March 2017, just after Donald Trump took office as the American president. Ms. Anderson had been telling … END_OF_DOCUMENT_TOKEN_TO_BE_REPLACED

NOVEMBER 24, 2020 — Market conditions in the United States make it impossible for a small ‘niche’ publisher to produce books at a cost and profit that make it worth trying. Once shipping thousands of books per year — titles … END_OF_DOCUMENT_TOKEN_TO_BE_REPLACED

Reading about events in the United States today, I’m reminded of 1998, when I was working very hard to sell John Alexander Williams’ “West Virginia: A History for Beginners” to schools in the state of West Virginia. As the book’s publisher … END_OF_DOCUMENT_TOKEN_TO_BE_REPLACED

END_OF_DOCUMENT_TOKEN_TO_BE_REPLACED

The Revolution Will Not Be Shared I In this age of Trumpish tyrants, too many of us live and work in places where someone else — boss or client — is neither partner nor comrade, but our “king.” Where we’re … END_OF_DOCUMENT_TOKEN_TO_BE_REPLACED

I just received a message from a longtime Berlin pal, nonfiction filmmaker Rick Minnich, who always seems to be working on something cool and interesting. Rick has lost a friend of his own in March 2020, a 100-year-old fellow in … END_OF_DOCUMENT_TOKEN_TO_BE_REPLACED

I’m currently reading Christopher Clark’s book with the whopping title: Time and Power: Visions of History in German Politics from the Thirty Years’ War to the Third Reich. In it, Clark discusses how the Nazis “changed history” first by changing … END_OF_DOCUMENT_TOKEN_TO_BE_REPLACED

What people might want to remember today is that the US Justice Department has convicted the sitting president’s closest associates — including his attorney and his former election campaign manager — as criminals. They are sitting in prison for financial … END_OF_DOCUMENT_TOKEN_TO_BE_REPLACED

Saturday, Oct. 26, 2019 — I was talking to a dear, old friend of mine some time ago. She was thinking-out-loud about her current work — for a US food processing giant — and comparing it to the work she … END_OF_DOCUMENT_TOKEN_TO_BE_REPLACED